Five Months in Fifteen Minutes: a Ton of Preparation for an Ounce of Performance

Part 1 of a Series 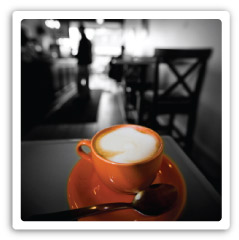 December 25, 2010, a great day in the lives of small children and fun loving adults around the world, myself included. A new Capresso Infinity grinder and a black Aerobie Aeropress lay safely nestled under my tree. Visions of sugar plums, fairies, and Kenya Gakayuini dance in the heads coffee geeks everywhere. For many of you, this means getting excited for watching or judging an eventful competition season, filled with new trends, ideologies, and technologies. But for me, as well as a few other crazy souls, the competition season is already half over. That's right, as ludicrous as it may seem, when Kari Guddeck of Barista Pro Shop asked me to write an article about preparing for a regional barista competition 3 months before it was to actually take place, I had no idea where to begin due to the fact that so much had already happened. But, because I like Kari and Barista Pro Shop, I agreed to write the piece and hopefully do so with only a few shameless plugs.

For me, as well as the other barista competitors, preparing for regionals started last summer. As early as July, my fellow baristas and I were talking about new techniques for splitting cappuccino milk, the latest cup designs, and recent coffee offerings they were profiling for 2011 competitions. In September I decided it was time to get a move on with things. One Saturday afternoon while my café was closed, I took a few hours to brush up on my milk splitting, cappuccino pouring, and work flow. About 40 cappuccinos later, I realized that I needed a lot more work than I expected. Even though I had one competition season under my belt, I definitely needed to start at square one for the upcoming year. For the next month I spent every Saturday pouring cappuccinos into 6oz glass punch cups and evaluating the drinks. After cupping the espresso offerings from Novo Coffee Roasters (shameless plug) and choosing their exquisitely sweet and fruity Anyestu Espresso from the Wellega region of Ethiopia, I spent another few weeks simply pulling shot after shot. It's much harder to dial in a highly acidic coffee but when balanced, it provides a beautiful experience. Also, with such a volatile single origin espresso, you can't just learn to dial it in once, you have to address the idea of how it will manifest within milk, and then have a completely different set of parameters for cappuccinos. That led me on a journey I won't soon forget.

One crucial part of the Barista presentation that I had failed to comprehend the difficulty of during my first year of competition was the cappuccino course. Cappuccinos are an elusive thing that even under the best circumstances, are incredibly tricky to craft to the high levels that are demanded in competition. Working with two competition judges who live locally, I spent three hours one day pouring, evaluating, discussing, and understanding this coffee cocktail. Afterwards, though I better understand what an ideal cappuccino looks like, I was still far from crafting the perfect drink: as is the entirety of the coffee competition. All that to say, the seemingly "less important" two thirds of the competition presentation took me almost three months to roughly polish. And then it all fell apart.

One uncharacteristically warm day in mid November, I got a phone call from Novo; it was not good. Because of complications beyond the control of us far from origin, the Anyetsu was running out. The roaster at Novo told me that they weren't able to get any more of it and the 30 green pounds they had in stock was the last of their supply. Disappointed that I wasn't able to represent this amazing coffee in the competition setting, and yet feeling blessed that I got to work with it at all, I turned to an "old faithful." It's a favorite of mine and of my local coffee peers. You'll have to wait till the first week in March to find out what that coffee is, but I will say it's still from Novo, and it's fantastic. 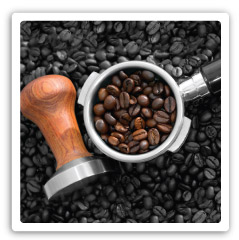 All was not lost. Having chosen another coffee that will be available when I need it, I was able to hold on to the technical skills I had worked on with the Anyetsu, and apply them to my new platform. But big challenges still faced me. I had to familiarize myself with this new espresso, the parameters I wanted to display it with, signature beverage development, and ultimately, putting it all together into a fifteen minute presentation. I had some big mountains to climb before the beginning of March, but with the friends and great community here in Fort Collins, CO, (Novo Coffee, Everyday Joes Coffee House, and BPS) I knew I wasn't alone.