It's a Wrap! Barista Nation Denver That Is

Almost two weeks ago now, the Colorado specialty coffee community joined together for Barista Nation in a very unique space in Denver known as Galvanize.  Galvanize, meaning to “shock or excite (someone), typically into taking action” was a perfect indicator of what to expect.The focus of this event was “The Start-Up,” and after Barista Nation I think it’s safe to say everyone was excited!  Through various educational sessions and discussion panels, Barista Nation had all the necessary elements to incite creativity, ingenuity, and action to make those dreams tomorrow’s reality.

As opposed to the typical one-day event, Barista Nation Denver had so much support from sponsors that it transformed into a 3-day extravaganza.  All the festivities were started off right, thanks to Huckleberry Roasters who generously opened up their shop for a late night pre-party and latte art competition.  Not only was their space unique, utilizing a reclaimed shipping container as the shop’s structure, but the latte art competition set up in the Pick-a-Card style.  This meant that participants were forced pick a card and pour the design corresponding to the image on the randomly selected card.Not only did this ensure that different designs would be poured throughout the night; it also, leveled the playing field by requiring all the baristas to be well versed in all of the various free pour designs.

Saturday was the long-awaited date for the main event, and it did not disappoint!  The morning began with a check-in where attendees received an awesome tumbler/ to-go mug from the folks at KeepCup as well as an espresso shot glass from yours truly.

Once attendees checked-in, they were able to relax and network with the sponsors as well as the other attendees while munching on the delicious muffins and scones that the lovely ladies from the Barista Pro Shop bakery whipped up the night before.  Our baked goods were lucky enough to be paired with complex brews extracted from the Blossom brewing system using excellent roasts from the likes of Coda Coffee and Dragonfly Roasters.

After everyone had settled in, the day would be full swing with excellent lectures, discussion panels, and hands-on activities. Curtis was also generous enough to supply 2 Seraphim brewing systems that were brewing up awesome cups. The representatives from Unic were helping attendees understand and practice using their ‘unique,’  attention-grabbing espresso machines.

As the day flew by, there was a palpable excitement for the impending idea throwdown.  This was a brand-new addition to the Barista Nation event schedule, and with the organization by Kari Guddeck, from Bard Coffee, it was quite the hit!  After hearing a handful of ingenuitive ideas ranging from at-home milk frother/pitcher all-in-one to a breakthrough brewing device, the grand prize was awarded to Josh Taves for pitching the idea of an all new brewing system which will (hopefully) be coming to a cupping table near you soon!

Barista Pro Shop did not attend the Sunday Barista Nation Bootcamp, but we can only imagine the wealth of information and training that they were able to share with those in attendance. The Instructor list included the following:

From all of us here at Barista Pro Shop, we would like to say a HUGE ‘Thank You!!’ to all the people at Unic, Anastasia Chovan and Heather Bradford to name a few,  that made this event possible; as well as, every other sponsor for showing awesome support, putting on an amazing event, and proving just how powerful and pervasive the coffee culture is becoming in Denver and Colorado as a whole!!  Lastly, we would like to thank Joel Bear Studios for the breathtaking photographic coverage of Barista Nation Denver.  Take a look at the entire album here. 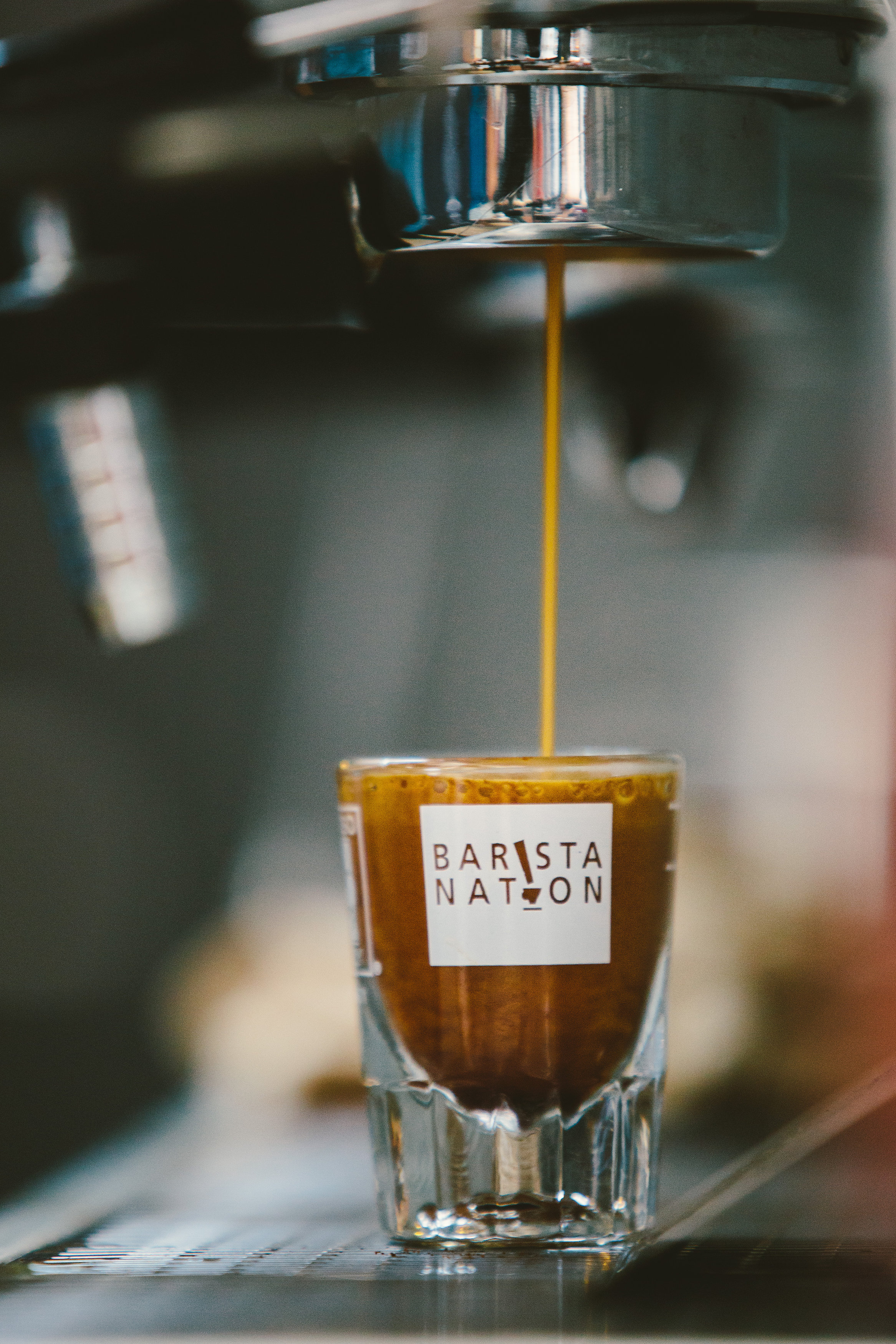