Yerba Maté: The Teas They are a-Changing

Americans have long held a love, hate relationship with tea.  In our formative years, it went from being one of the largest imported goods to being completely boycotted.  Since then, tea has slowly begun to become more popular and prevalently consumed amongst Americans.  Part of the reason that tea has entered back into the spotlight, is due to the fact that tea comes in a very diverse assortment.   There’s white, green, oolong, and black tea which all come from plants; then there’s the herbal tea or rooibos tea category which is almost limitless option for variety because they are composed of assortment of herbs which are then steeped in the same manner as the traditional tea leaves.  However, those are just the five most common types of tea; there’s another beverage similar to herbal tea which originates from Latin American Countries.  Do you know what we’re referring to?

Yes, you guessed it we are talking about Yerba Maté!  Wait, you don’t know about Yerba Maté? Well, let me tell you about this mythical drink known for being an herbal medicine remedy as well as a drink of communion.

Yerba Maté holds a very important place in many Latin American countries because of it’s significance as a beverage rooted deep in tradition.   Legend has it that one day the goddesses of the moon and the clouds decided to travel to earth to waste a bit of time when they suddenly ambushed by a ferocious jaguar in the lush jungles.  Luckily, for the goddesses an old tribesman was nearby and came to their rescue.  As a reward for helping to spare the lives of the goddesses they offered this man the yerba maté plant, or Ilex Paraguariensis, and they said it would produce the “drink of friendship.”

The origin story has always remained an integral part of yerba maté.  For this reason, yerba maté is still often consumed among a group of individuals in S. American countries sharing not only great company, but also the same drinking apparatus.  This apparatus is known as a gourd which is simply a hollowed out 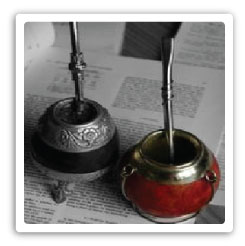 shell of a gourd fruit similar to a squash.  The gourd not only acts as the vessel from which maté is enjoyed, but also the mode of preparation.  As mentioned earlier, maté is prepared similar to tea through steeping yerba maté leaves in hot, not quite boiling, water.  Once this mixture has hit the necessary extraction time, you would slip in your bombilla, a metal straw with a tapered, sieved end for filtering out maté sediment., and enjoy!  Don’t have a gourd?  That’s ok, it can be brewed with a multitude of brewing devices.  The BPS staff actually did a maté brewing R&D session using the french press, aeropress, V60 pourover, and Clever dripper which you can find the specifications of dosages and results in “The Tip Jar- Brewing Guayaki Yerba Maté.”

As the tumultuous relationship between Americans and tea reveals,  tastes will change and nowadays variety is king!  So, if you’re ready to explore other sources of liquid energy or healthy antioxidants, take a look at yerba maté!  You can expect a slightly bitter taste but full of grassy and vegetal flavor notes similar to green tea.  This makes it a great drink that can  appeal to both the tea and coffee drinking crowds among your clientele.  Here at BPS, you will find yerba maté in as either loose whole leaf or in tea bags from Guayaki or as a liquid concentrate from Pixie Maté.  Guayaki’s yerba maté includes not just the leafs but also the stems and maté powder which remains after processing the leaves which creates a bold, robust flavor that accentuates the earthy, vegetal flavor.  On the other hand, Pixie Maté is dried with hot air, versus being smoked like Guayaki, and only contains the leaves of the yerba maté creating a crisp, clean taste profile making for a lighter drinking experience.

Which will you chose, the bold and herbal taste of Guayaki or the crisp, refreshing maté concentrate from Pixie Maté? 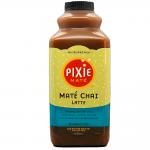 Sweetly spiced with cinnamon, cloves, vanilla and a wink of enlightenment... 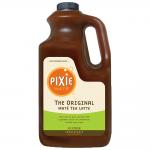 The road to yum, paved with a golden touch of cardamom, vanilla and clove...