A week and a half ago as we were rolling out of bed, the fog was rolling into downtown Chicago engulfing its iconic skyline.  This gloomy weather was in stark contrast to all the bright and shining faces eager to participate in workshops, compete for their title in the Central Region of Coffee Fest, and see the latest and greatest products for the specialty coffee industry.  As attendees began filing into the convention center from the overcast Navy Pier, they were greeted by a double grouphead, matte black Slayer espresso machine and growing crowd poised to watch the first day of the Coffee Fest Chicago's Latte Art Championship. 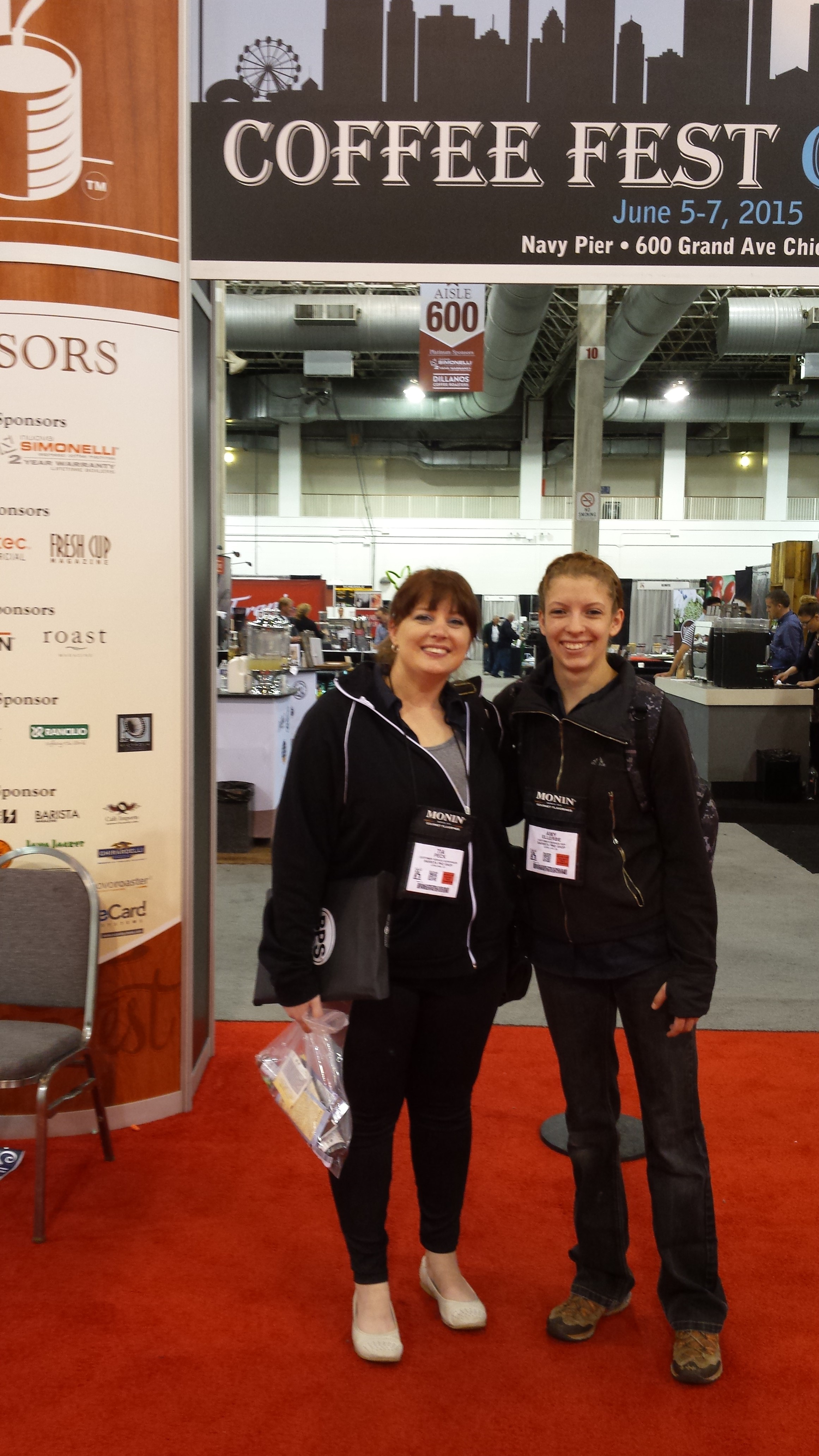 Friday not only marked the first day of Coffee Fest Chicago 2015, it would also be the inaugural workshop for the Drink Innovations Lab hosted by Torani.  From all the raving reviews of those that attended and the hosts alike, I think it’s safe to safe this training course is here to stay.  This unique addition to the Coffee Fest show allowed attendees to collaborate with industry experts from Torani, David Rio, and Pacific Foods to discuss flavor trends as well as strategies for creating recipes that are unique yet relevant to what consumers are currently demanding.

At noon the gates were opened and the show floor began to fill up with people thirsty to sample some of the newest products on the market.  With a long list of exhibitors there was definitely no shortage of exciting things to see ranging from coffee importers, chai and tea purveyors, to latest technology in espresso machines from industry leaders like Nouva Simonelli, Slayer, Rancillio, and more.  In particular, people were buzzing (figuratively and literally) about the Energized Hot Cereals from Earnest Eats which is a line of hot cereals processed with coffee cherry to not only satisfy your hunger but also give you a jolt!  Although this innovative product opened some eyes to the versatility of quick and easy food options, alternative milks such as Milkadamia and an upcoming extension to Pacific’s Barista Series line, a coconut milk, would delight attendees with their subtle flavor profiles and the ease with which you can steam these dairy alternatives.  After exploring the show a little R & R is exactly what most of us were looking forward to, luckily just down the Navy Pier, the LandShark Beer Garden would host the Coffee Fest reception party.  Here exhibitors and attendees could go to enjoy a beer or a signature cocktail highlighting the Raspberry Pomegranate DaVinci Invigorator fused with ginger beer and vodka!  After stopping by the Beer Garden, we made our way over to Kinzie Chophouse to enjoy a fantastic steak with our partners at Torani.  Kinzie offered a quaint atmosphere and amazingly knowledgeable service on all of the delicious cuts of beef they offered!

After a great first day, our Saturday morning began with sounds of Cabin Coffee Co. dialing in their espresso and familiarizing themselves with the bar set-up to compete in America’s Best Coffeehouse as we filled some BPS schwag bags.  Not only was the competition heating up on the second day, so did the weather making it even more enticing to indulge in the all of the cold brew available from Toddy as well as some Intelligentsia on tap.  However, coffee was not the only beverage to sample.  You could sip on some refreshing sodas from Monin or Torani, or delicious smoothies and frappés from your favorite brands like Cappuccine, Big Train, and Dr. Smoothie.  As Saturday drew to a close, Clark the Chicago Cubs mascot made an appearance to Coffee Fest to see all the excitement, take some photos with fans and still found some time to yo-yo with us at the BPS booth!  In the spirit of Chicago culture, we decided what better way to cap of the day than with an authentic Chicago pie from Lou Malnati’s?  Oh, and what an excellent choice it was as we accompanied the folks at Big Train and DaVinci for some hearty deep dish pizza which was easily some of the best pizza we’ve tasted.

With Sunday, came the end of the show and crowning of winners for each of the show’s competitions. Take a look below to find out who took home the top honors from Coffee Fest Chicago 2015 for the Latte Art Championship, America’s Best Coffeehouse, and America’s Best Espresso as well as the products who won honors in the New Product Showcase. 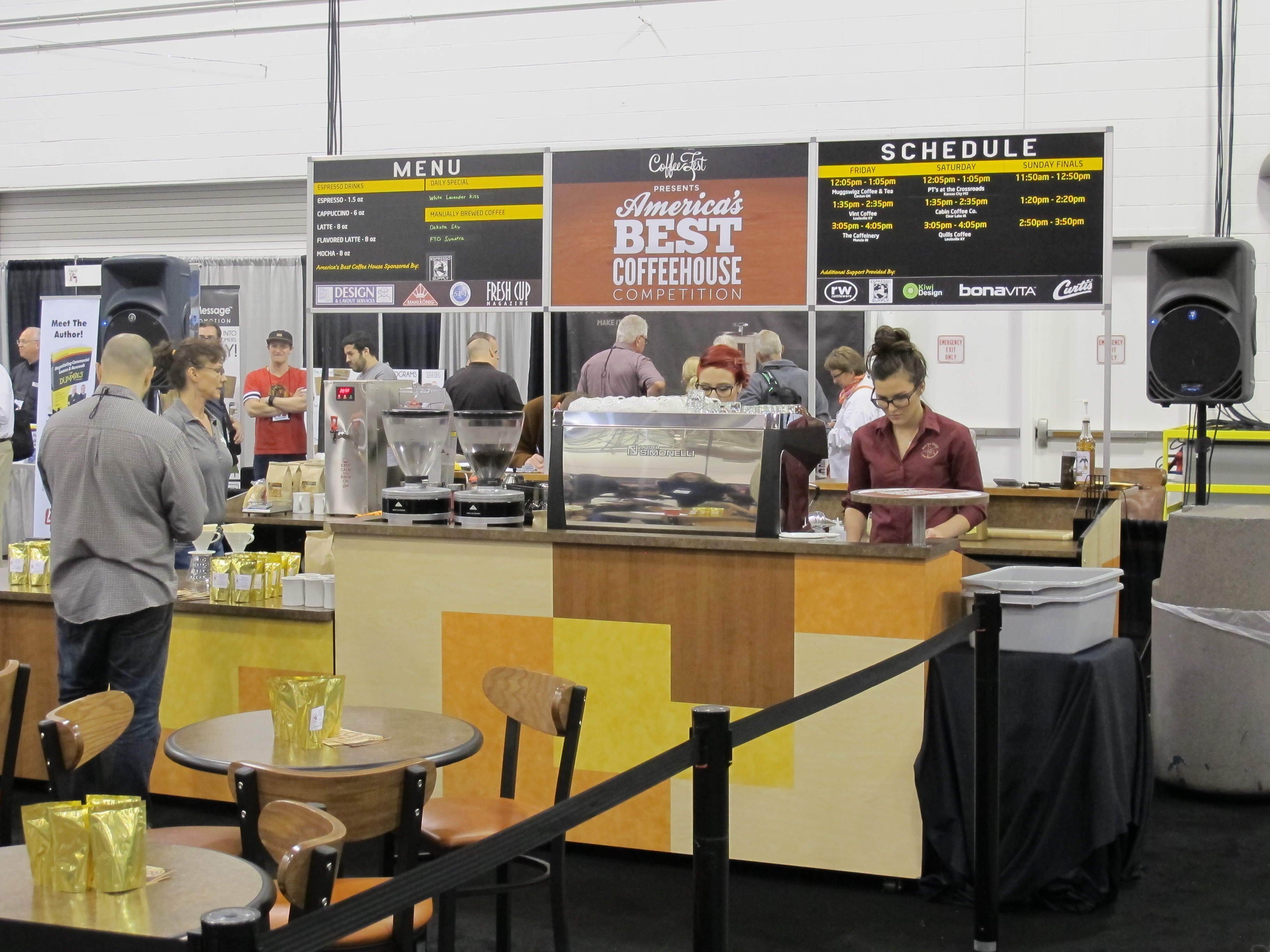 Coffee Fest is headed to Portland, October 23-25, for the final show of 2015.  So, mark your calendars today, and if you’re interested in competing in any of the events at Coffee Fest Portland be sure to sharpen your skills and apply before the deadlines below: