Share Your Story: The Human Bean of Northern Colorado 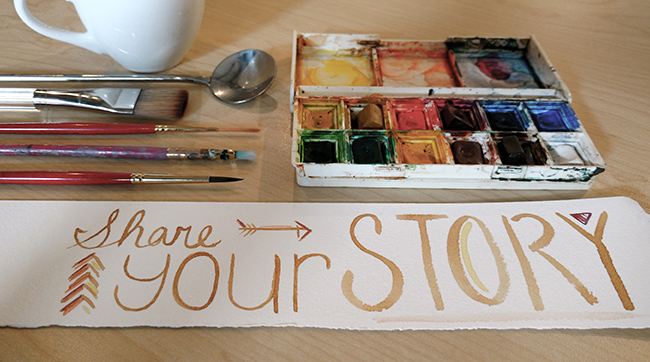 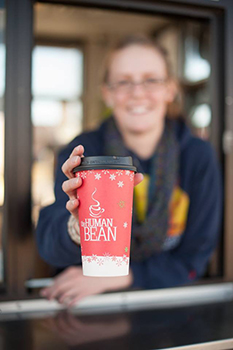 Within coffee culture, I’d say the Human Bean of Northern Colorado is a proverbial social butterfly. My interview with the chain’s Director of Operations, Jenae, was permeated with stories about her staff and the broader community that they serve. Vibrant and vivacious, Jenae wore an infectious smile and communicated with energy that animated her whole body. Fittingly, the interview itself was conducted standing in a Human Bean of Northern Colorado drive-thru as three baristas flitted in an almost choreographed dance around us. 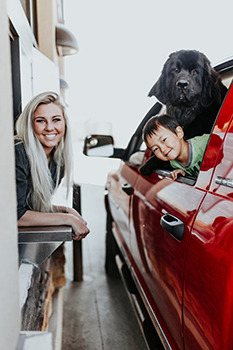 With eight locations, the Human Bean of Northern Colorado (Human Bean NoCo) has cast quite a broad social net. However, the business’s reach has not always been so extensive. When the Human Bean NoCo first opened its doors (or rather slid open its windows) in 2004, it was just a single stand operation. There from the beginning, Jenae remembers her excitement about the opportunity to oversee a growing franchise. Since her first job as a barista at age sixteen, Jenae had been steadily working her way up the ranks in the coffee industry. During the five years that followed, Jenae embraced the challenges of her new role at the Human Bean NoCo as she worked with the founder to expand the business and open seven more stands. 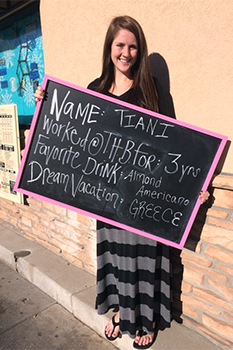 In a dozen small and large ways Frank and Jenae have worked to refine the Human Bean NoCo by making better use of resources, investing in staff and supporting the local community. (Much to my surprise, the national Human Bean franchise does not oversee the operation of individual or jointly owned stands. The franchise only requires that Human Bean businesses use the brand’s beans, labeled cups and CC processor - meaning that individual owners have quite a bit of latitude in terms of the internal structure and strategy of their businesses.)

For example, in order to reduce waste, employees are each given reusable mugs and conversely charged if they want to use disposable cups. Jenae also eagerly explained the business’s employee growth ladder, “We really want to meet people where they are and highlight what they have to offer.” Jenae realizes that not all employees may want to remain in the industry forever but, “regardless, everyone adds value to our business,” she says. So for that employee aspiring to be a caterer, Jenae offered extra training so that the individual could take charge of the Human Bean NoCo’s event booths and company party. Likewise, for that employee with a flair for photography, Jenae empowered the individual to take promotional pictures for the business’s social platforms. And of course, for those committed to coffee, there are different tiers of distinction achievable within the Human Bean NoCo for baristas. 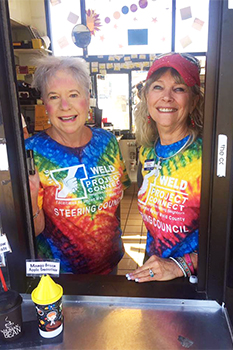 This theme of investment extends to the Human bean NoCo’s broader Colorado customer base and even beyond. Part of what drew Frank to the business was its open posture toward the community. Since origination, the Human Bean NoCo has endeavored to financially support and call attention to local non-profit organizations. Even the Human Bean NoCo’s grand opening was partially a fundraiser held at the Fort Collins Lincoln Center.

Today Human Bean NoCo stands periodically host “Guest Barista Days,” by inviting representatives to come and talk with customers about their various causes and the services that their organization offers to the community (The Larimer County Search and Rescue, The Loveland Community Kitchen or Big Dogs Huge Paws - to name a few). Ten percent of that day’s sales are then donated to the featured organization. While I was at the stand, customers were dropping off supplies for local schools as well as over the counter medical supplies to send to Haiti. Later this year a Human Bean Noco barista plans to bring the medical supplies when she travels to visit the little Haitian girl that the Human Bean NoCo sponsors. Though the business doesn’t necessarily serve a single demographic, Jenae emphasizes, “it is a compassionate population.” The Human Bean Noco’s initiatives enable people to take ownership of their home communities. They seem to draw very diverse people together. 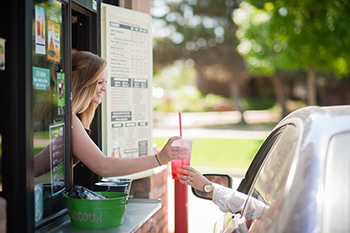 Almost as an afterthought while I was packing up to leave, Jenae mentioned, “We do use automated machines,” she paused a little self-consciously (perhaps because purist coffee artisans might cringe), “but it’s because we want to spend as much face to face time with people as possible.” And it dawned on me - of course it’s in the name: The “Human” Bean! We these strange biped creatures with hopes and feelings and ideas naturally would be their focus. Though that ethos may not necessarily be “hip,” it bears a gracious beauty that continues to enrich the front range.