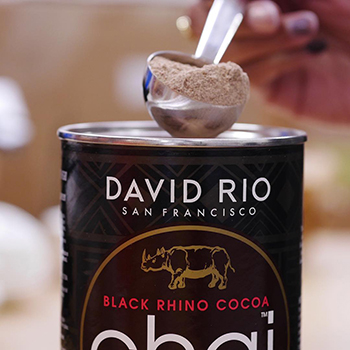 In order to commemorate Sudan's life and help save the lives of Black Rhino's, David Rio has named their latest chai creation: Black Rhino Cocoa Chai.

This limited edition item is available in 14 oz. Retail Canisters. It is a Blend of chai spices, black tea, cocoa and there is a pleasant hint of heat (cayenne pepper). Artfully blended into a convenient mix, this versatile cocoa chai is easy to prepare hot or iced - simply mix it with water, dairy or dairy alternative.

• No trans fats or hydrogenated oils!

• Easy to prepare & great for baking or frozen treats 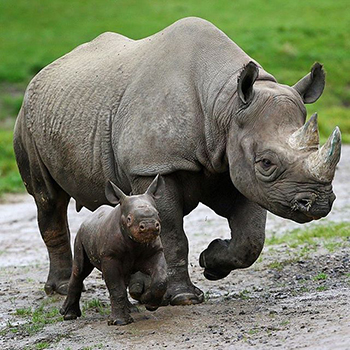 Why the Black Rhino?

Following the death of Sudan, David Rio wanted to make a difference of the Rhino Species. We choose the black rhino because we saw the opportunity to have a direct impact on a hopeful prospect through out partnership with Ol Pejeta Conservancy in Kenya. Ol Peteja is one of the leading conservancies in the restoration of black rhino populations.

The black rhino is a critically endangered species which saw a population decline of a staggering 97.6% from 1960 to the 1990’s, primarily as a result of poaching.

In 1993, there were estimated to be just 2,300 black rhino living in the wild, but thanks to conservation efforts across Kenya and southern Africa, populations have risen to over 5,000 today. 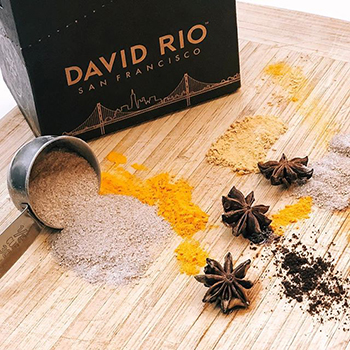 Just 26 miles from the sanctuary in San Francisco, David Rio has been creating premium chai and tea beverages since 1996. Crafted with superior ingredients sourced from around the world, all David Rio products are gluten free, non-GMO and made without hydrogenated oils or trans fats. David Rio believes, “Using organic spices delivers better quality, enhanced taste, and is one of our many contributions to creating a healthy product and a healthy environment - for people, plants and animals.”

To demonstrate these firm convictions about animal welfare, Davide Rio continues to expand its Endangered Species Line of premium chais raising support for endangered, at-risk species. In addition, David Rio donates annually to the International Fund for Animal Welfare (IFAW)’s elephant and tiger programs, supports the Bay Area's Peninsula Humane Society, and partners with Cat Tales Zoological Park in Mead, Washington, where the company adopted a Bengal Tiger named Atlas. In addition, this year, David Rio is partnering with the Ol Pejeta Conservancy to raise funds as well as awareness for the critically endangered black rhino.

- Order $75 or more of David Rio products and get free delivery! - 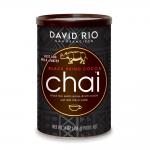 This limited edition chai is a blend of chai spices, black tea, cocoa with a pleasant hint of heat (cayenne pepper).  Learn more about the B...


DISCONTINUED: This item has been discontinued, and limited quantities are available. We will make every attempt to completely fill your order, but occasionally we may need to adjust your order, as we take orders via phone, fax and the internet. If you are interested in buying all available stock, please call us toll free at (866) 776-5288. 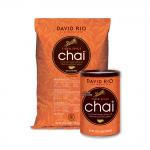 David Rio's signature and award winning chai is a rich and creamy mixture of black tea and premium spices, including cinnamon, cardamom, and clove. A ... 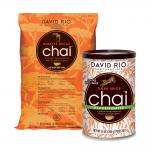 This chai is a decaffeinated version of David Rio's signature Tiger Spice Chai. It is a rich and creamy mixture of black tea and premium spices like c... 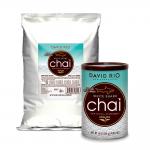