Has rescuing adorable pups & kitties ever been so sweet?!

Enjoy this Puppy Love Sprinke Cookie a bit more knowing that you are supporting our efforts to Give Back to a local animal welfare non-profit, RezDawg Rescue, every time you buy one!

RezDawg Rescue works with rescues in CO, AZ and NM. Since March of 2012, they have transported thousands of at-risk dogs and cats to safety, solely on generous donations from caring individuals, like you, who see how dire the need is in and around the Navajo reservation. In 2018 alone, RezDawg saved 1,6254 total rescues!

Follow J Street Biscuit Co. on social media to learn more about Chaco, RezDawg Rescue, and stay up to date with the J Street donation as we continue to Give Back! 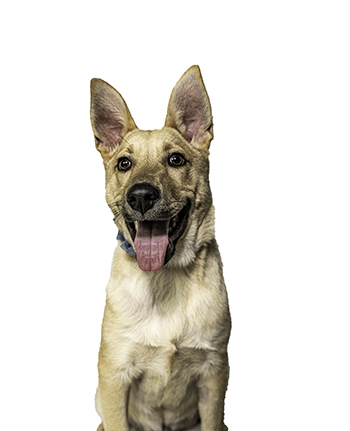 Chaco had a little bit of a rough start in life, he was found alone and abandoned on a road near Gallup at just 7 weeks old. He was malnourished and mangey, still adorable, but just a different kind of adorable. His legs were bending in places legs shouldn't bend because he had rickets from lack of nutrition, his hair wasn't soft and he smelled like no puppy should. Chaco has grown out of his rickets and now has a super soft velvety coat and eyes that would never let you imagine how sad he truly was. Chaco was neutered early December and we found out he had a few heart defects that would cut his life short. January 7th Chaco had a successful surgery to fix a PDA, and in April, he will have his aortic valve opened up some so he will get the right amount of blood flow.

Chaco has come a long way since making his way to Colorado at the end of October. During his recovery time in his foster home, he has always been very sweet with an amazing personality. Chaco is playful, curious and people & dog friendly. He hasn't met any kids yet, but we are sure he wouldn't mind if he had a home with some. Chaco gets a little excited about cats, but eventually would learn how to respect them; he's just a good boy. He's doing awesome with kennel training and house training, too! Since his surgery in January, Chaco has been learning to walk on leash and he's doing really great with it.

• What is Rezdawg Rescue?

RezDawg Rescue is a non-profit, animal rescue that works to relocate cats and dogs through adoption or transfers to foster programs. They have operations rescuing dogs on Colorado Navajo reservations as well as programs with rescues in NM and AZ.

• How will my donation help?