With a smooth flight in and a nice ride into the city, Coffee Fest Chicago was underway. Arriving Thursday, the Barista Pro Shop crew worked furiously to set up the booth and get organized for an early Friday morning. Following set up, we were able to explore a little of Chicago and the Navy Pier, taking

in the sites, especially me as this was my first trip to Chicago.

Early Friday morning we started the day early and began putting together our awesome gift bags which included a BPS Yo-Yo, BPS Pen, BPS Shot Glass, and a magnet with our NEW SHIPPING MAP introducing the new warehouse in Louisville, KY! We are extremely excited about the new warehouse opening and it was great to see the reaction from everyone.

As we finished our last minute prep, we were anxiously awaiting the start of the show and speaking with attendees. Friday’s opening was filled with new friends, great stories and a roar of energy from the first day of the show.

The weekend, unlike the days before, was accompanied with beautiful weather, and the view from the pier was quite mesmerizing. Although it was beautiful outside, we could not stay distracted for long as attendees began pouring into the exhibit hall. Tia started the day helping our friends at Cappuccine with their great blending class on Saturday, making a few delicious frappes for those who attended. The crew also got to check out a bit of the competition for America’s Best Coffee House (congratulations Ipsento’s) as well as best new product, taken by Dr. Smoothie with their Veggie Smoothies.

And come Sunday, the last day in Chicago, to meet and speak with new people, Coffee Fest was at its close. Winners of competitions anxiously awaited to hear their placing, attendees gathered all the items collected throughout the day and the exhibitors began to break down booths, say goodbyes to friends and co-workers and leave with the satisfaction of an eventful and successful weekend.

Chicago provided a great experience and in the end, was a fantastic show! Thank you to the crew and staff who worked furiously to make sure the weekend progressed without a hitch. And a big thank you to all the attendees who stopped by the Barista Pro Shop booth and spoke with our team, it was a pleasure for us to meet you all. 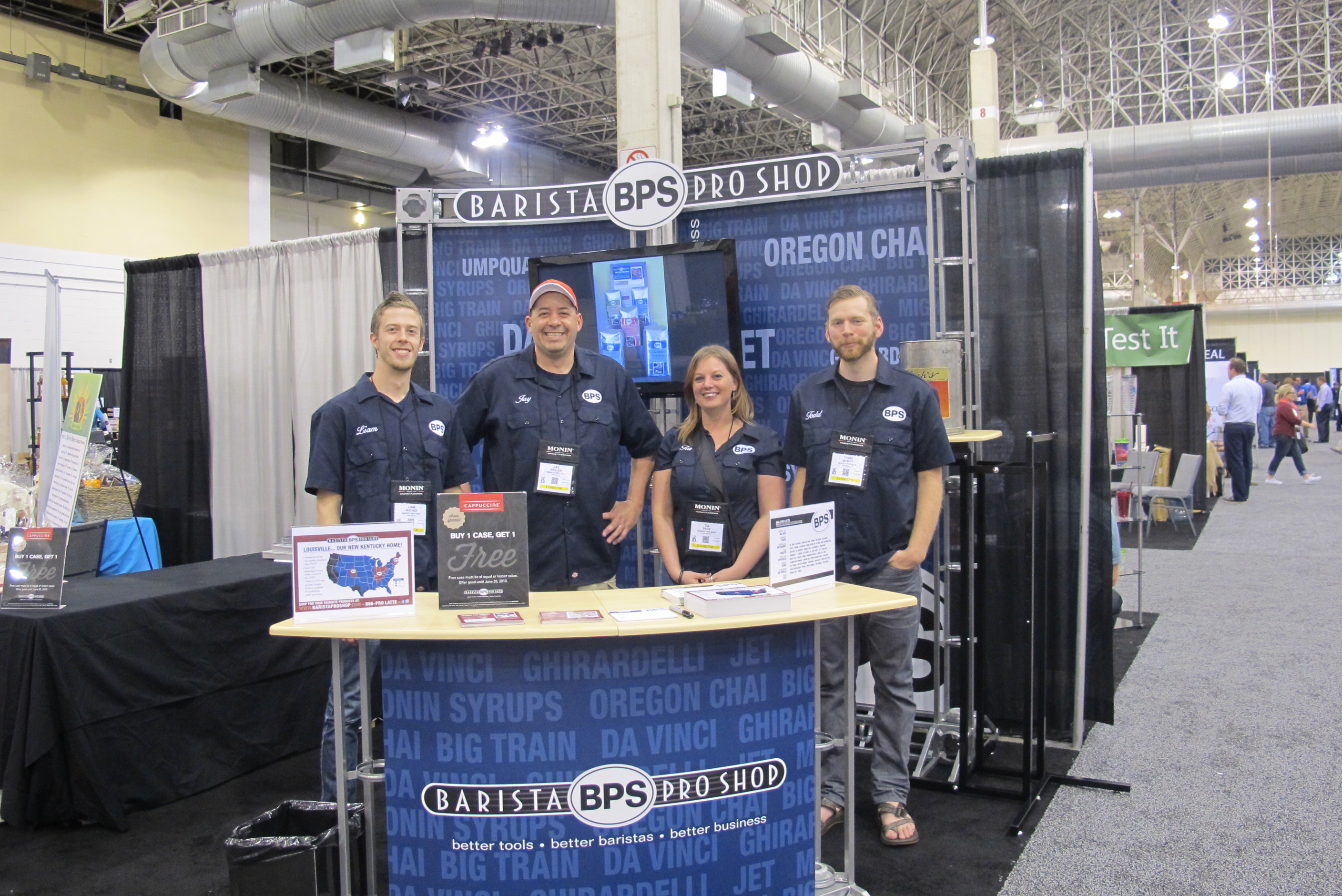